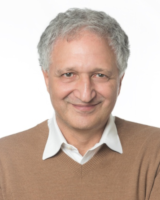 Michael Karlin is a California attorney and an English solicitor with over 35 years of experience advising clients on the taxation of cross-border transactions and investments. Michael has particular experience in structuring international businesses and finance transactions, advising on cross-border taxation, tax treaties, withholding taxes, moving to and from the United States and planning international trusts and estates. He began his career as a solicitor at DJ Freeman (later known as Kendall Freeman and now part of Locke Lord) in London. He became a member of the California Bar in 1980 and was a partner for many years at a leading U.S. firm, Morgan, Lewis & Bockius LLP, resident in the Los Angeles office. He also spent three years as an international tax partner of KPMG LLP.

Karlin & Peebles, LLP, was founded by Michael Karlin and Jane Peebles.  The founders first met in 1988 at the Los Angeles office of Morgan, Lewis & Bockius, LLP and stayed in touch and collaborated for nearly two decades before they agreed to combine forces in 2007.

Originally from England, where he practiced as a solicitor for several years before moving to California in 1980, Michael is a U.S. tax lawyer with a practice concentrated on international matters for high net worth individuals and families as well as businesses engaged in cross-border business and investment.  He frequently advises clients who are moving to the United States, purchasing residential and commercial real estate or starting or acquiring businesses.  He also advises U.S. businesses expanding internationally.

Jane is an estate planner, with extensive experience in advising both U.S. and international clients, who also advises charities and philanthropists.  She has long been recognized as one of the leading estates and trusts lawyers in Southern California and she is known internationally for her work in cross-border philanthropy.  Both founders have written and spoken extensively on many topics within their respective fields.

Our team is rounded off by three very experienced lawyers, Maria-Soledad Otero, a law graduate of the Université de Lausanne and member of the California Bar, and a former senior manager at a large U.S. accounting firm; Thomas Giordano-Lascari, a graduate of University of New Mexico School of Law with an LLM in Taxation from Loyola Law School in Los Angeles; and Jeannette Yazedjian, whose law degree is from the University of Southern California Law School.

All of the lawyers in the firm have spent many years working at large firms and the goal is to provide large firm quality of service in a small firm where the clients can be given individual attention by experienced senior lawyers.  Several of the lawyers are fluent in a variety of foreign languages, including French, Spanish, German, Japanese, and Italian.  Michael also has some proficiency in Portuguese.

We were founded on the principle that we can best serve our clients by performance of services within the areas of experience and knowledge of the members of the Firm and by retaining on our clients’ behalf the services of others, in both law firms and other disciplines, best fitted to their needs. We work closely with clients’ existing professional advisors. We have also developed an extensive network of law firms, as well as accounting firms, banks, trust companies, wealth managers, appraisers, and other professional firms in California and all over the world.  As a result, we can marshal a wide variety of resources for our clients.