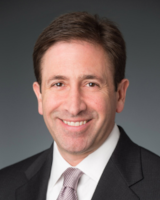 David I. Shapiro is a tax partner resident in Fried Frank’s New York office and co-chair of the Firm’s Tax Department. He joined the Firm in 1992 and became a partner in 2000.

Mr. Shapiro’s practice spans numerous types of tax issues, including in the areas of fund formation and mergers and acquisitions. He regularly represents leading fund sponsors in fund formation, including funds and funds-of-funds with a focus on equity, mezzanine debt, senior loans, distressed debt and real estate, and also focuses on M&A and other corporate transactions, frequently for fund clients.

Mr. Shapiro is consistently recognized by Chambers USA: America’s Leading Lawyers for Business as a leading individual in Tax, where a client says: “He can think like a tax lawyer and communicate like a business lawyer,” while another declares: “We trust him immensely.”

Fried, Frank, Harris, Shriver & Jacobson LLP advises the world’s leading corporations, investment funds and financial institutions on their most critical legal needs and business opportunities. The Firm’s approximately 500 lawyers are based in North America and Europe.

From offices strategically located in the world’s principal financial centers, Fried Frank serves as counsel to many of the world’s largest companies, financial institutions and investment firms. We are recognized for our ability to deploy well-configured, cross-border teams that provide the depth of knowledge, breadth of experience and responsive service that clients require to meet their critical business objectives.

Consistently highly ranked by legal directories including Chambers and Partners, The Legal 500 and Benchmark: Litigation, the Firm is well-recognized for providing effective business solutions to sophisticated challenges, frequently creating the precedents that others follow. Fried Frank’s origins date to the turn of the 20th century, with such predecessor firms as Riegelman & Bach, Riegelman Hess & Strasser and Strasser Spiegelberg Fried and Frank. Fried Frank as we know it came into being in 1971, with name partners Walter Fried, Hans Frank, Sam Harris, Sargent Shriver and Leslie Jacobson.

Our Washington, DC office was opened in 1949 as one of the first, and now one of the largest law firms headquartered elsewhere. It has strong capabilities in antitrust and competition, arbitration and alternative dispute resolution, asset management, commercial litigation, energy, finance, financial services, government contracts, international trade and investment, mergers and acquisitions, private equity, real estate, securities regulation and enforcement, and tax.